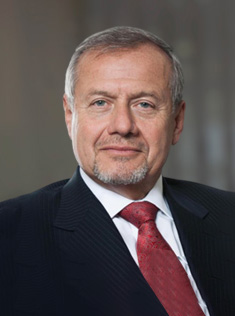 Mr. Quarta has been a Partner at CD&R for 21 years and is chairman of CD&R Europe. Based in London, he played the lead operating role in the Firm’s investment in SPIE and served as chairman of the supervisory board of Rexel during CD&R’s ownership of the company from 2005 to 2014. In addition, Mr. Quarta is chairman of WPP plc and Smith & Nephew plc. Prior to CD&R, he served as CEO of BBA Group plc from 1993 to 2001, leading the successful restructuring and reorganization of the company, and continued to serve as chairman from 2001 to 2006.

Mr. Quarta also held various senior leadership positions with BTR plc and served on the board of directors. He is former chairman of IMI plc and a former non-executive director of SPIE, BAE Systems plc, Foster Wheeler Corporation, Fondo Strategico Italiano, Equant NV, and PowerGen plc. Mr. Quarta graduated from the College of the Holy Cross.