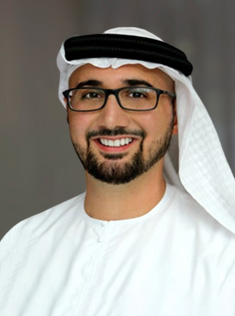 H.E. Dr. Tariq Bin Hendi was recently the Chief Investment Officer of Group 42 (G42). Group 42 is an artificial intelligence and cloud computing company that was founded in Abu Dhabi, United Arab Emirates in 2018. G42 is oriented to development of AI industries in the government sector, healthcare, finance, oil and gas, aviation and hospitality.

Previously, Dr Bin Hendi was the Director General of the Abu Dhabi Investment Office (ADIO) since October 2019. Under his leadership, ADIO has launched international offices around the world. Devoting his career to progress, bold ideas and teamwork, His Excellency has positioned ADIO to always seek new ideas and challenges in order to promote Abu Dhabi globally.

Prior to joining ADIO, His Excellency held leadership roles at various institutions, including Emirates NBD, Mubadala, and Citibank. He also sits on a number of boards, including AXA and Emirates Post Group. His Excellency earned his stripes in professional finance at Citi Bank in London. With a joint MBA from London Business School and Columbia, he then joined Mubadala in the UAE sovereign wealth sector. His Excellency holds a PhD in Economics from Imperial College, London.