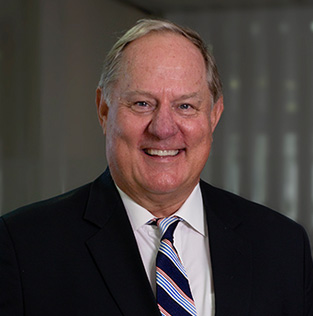 Mr. Christopher Foll joined Gulf Capital in 2010 as Chief Financial Officer. He currently heads the Growth Equity business and overseas the management of the portfolio and team. Mr. Foll joined Gulf Capital from Hong Kong based New York listed Hutchison Telecommunications International, where he was Chief Financial Officer, and sits on the Private Debt Investment Committee across both funds since inception. Mr. Foll has more than thirty years of experience and has held a number of senior management positions in public companies across Southern Africa, Australia, India, Vietnam, Indonesia and Hong Kong. This spanned the agricultural, building materials, mining and latterly, the telecommunications sectors. In Australia, Mr. Foll was Chief Financial Officer (CFO) and then Chief Executive Officer (CEO) of QNI Ltd, a listed specialist nickel and cobalt producer.

Mr. Foll has held leadership positions in the telecoms sector, first as CFO and then COO of Hutchison Essar based in Mumbai, India and responsible for overall finance and strategic business development. The business revenues grew from approximately $200 million to $3 billion during his six year tenure. He was appointed COO of Hutchison Telecom Vietnam on the sale of the India business to the UK based Vodafone Group, and then moved to Hong Kong as CFO of Hutchison Telecommunications International, a business listed on the New York and Hong Kong stock exchanges, where he oversaw the spin-off and subsequent listing on the Hong Kong Stock Exchange of the Hong Kong operations, and the restructure of the other operations in the emerging market group. Mr. Foll holds a Bcompt from the University of South Africa and is a Fellow of the Australia and New Zealand Institute of Chartered Accountants.