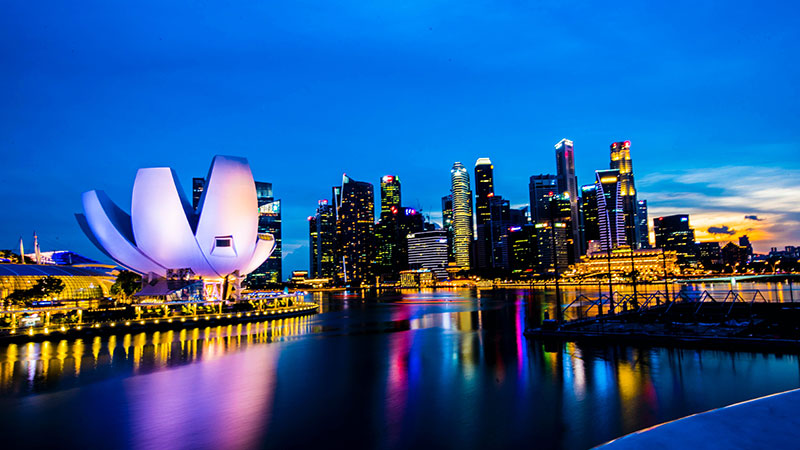 Gulf Capital, a leading thematic Private Equity buyout firm operating across the GCC and Southeast Asia, predicts that the East-West Asia investment corridor will drive global economic growth for the next three decades. The GDP of the Gulf Cooperation Council (GCC) countries, the ASEAN countries, and India will grow by 220%, 270% and 410% respectively by 2050, in contrast to a slower growth of 50% for the European economies and 80% for the US economy over the next three decades. Clearly, the new Silk Route across the East-West corridor is one of the fastest growing economic blocs in the world today.

SuperReturn Asia Conference, which opens in Singapore for the first time tomorrow to an audience of over 1,000 delegates from all over the world, will discuss opportunities for global and regional investors as Asian countries deepen and strengthen their investment networks across East and West of Asia.

Gulf Capital’s Chief Executive Officer Dr Karim El Solh, who is delivering SuperReturn Asia’s keynote speech, explained: “Global investors today realise that they have unprecedented growth opportunities in Asia, with robust macro-economic fundamentals, a growing middle-class led by a young, tech-savvy demographic, and a revival of the intra-regional economic connectivity and trade flows along the new Silk Route. With a network of local offices and on the ground private equity teams from the GCC to Southeast Asia, Gulf Capital is uniquely positioned to capitalise on this unprecedented growth across the new Silk Route across the East-West Asia corridor.”

With Asia’s GDP expected to grow by USD 22 trillion by 2050, it will account for 60% of the global GDP. Specifically, the GCC states of Saudi Arabia, UAE, Qatar, Kuwait, Oman, Bahrain, and ASEAN countries are making significant contributions to Asia’s overall growth, representing half the world’s total projected GDP growth through 2050. This is mainly due to their investor-friendly regulations, thriving industrial activity, successful diversification drives, a growing services sector, and a young entrepreneurial populace. Asia’s population growth will shape this development. The continent’s middle-class is expected to grow to three billion people by 2030, representing 60% of the global population. By 2040, this segment is likely to account for 40% of global consumption. Mid-market businesses have the opportunity to profit from the rising per capita consumption brought on by the burgeoning middle-class in Asia.

The GCC remains a rare, bright spot amidst the current global downturn defined by tightening monetary policy, rising interest rates, and increasing food and energy prices. Despite a sobering global macro climate, Gulf Capital’s core target regions continue to demonstrate robust resilience and record growth. For instance, Saudi Arabia’s GDP grew by a remarkable 12.2% in Q2 2022, positioning the Kingdom as the fastest growing major economy in the world. Saudi Arabia is projected to grow by 7.6% in 2022, up from 3.2% in 2021. The UAE is projected to grow by a solid 6.2% in 2022 on the back of higher oil prices and a very successful diversification drive in the non-oil sector.

The International Monetary Fund (IMF) estimates that energy exporters in the Middle East and Central Asia will net USD 320 billion more in oil revenues than its initial projection, a figure equivalent to about 7% of their combined GDP. As a result, the GCC economies will more than double their GDP growth rate in 2022, to achieve a considerable growth of 6.4%, up from 3.1% in 2021. Over the next four years, the cumulative financial surplus in the GCC could reach USD 1.4-trillion according to IMF projections, positioning the region as one the richest and most credit worthy economic blocks in the world.

Gulf Capital invests in well-established mid-market businesses run by brilliant entrepreneurs in the technology, fintech, healthcare, business services, and sustainability industries. These industries are among the emerging ones in the Asia Pacific technology market, which is projected to reach a value of USD 675-billion by 2025. Gulf Capital has built a long track record of backing entrepreneurs in these sectors and transforming their companies from local players to global leaders, through ambitious organic growth and acquisition campaigns. The Firm also has a unique focus on deep operational improvements in its portfolio companies thanks to its large bench of 23 industry advisors and operating partners. On average, Gulf Capital has more than tripled the profitability of the companies it successfully sold and exited.

Gulf Capital’s recently established an office in Singapore and hired a local team of private equity experts which will help Gulf Capital’s portfolio companies to expand from the GCC to Southeast Asia. Mr. Shantanu Mukerji, Head of Gulf Capital’s Southeast Asian operation, said: “As we expand our franchise, we will focus on acquiring and growing portfolio companies along the East-West Asia investment corridor. Typically, we have been acquiring companies in the West of Asia and growing them into global leaders by successfully expanding them across East Asia. Over the last fifteen years, we have acquired 14 companies across Asia and successfully expanded our portfolio companies to this high growth region. With a solid private equity team based out of Singapore, we now look forward to investing in ASEAN businesses and expanding them in the reverse direction to the GCC and the broader Middle East. ASEAN businesses that we take to the GCC will benefit from the very high growth and numerous opportunities in this region. Long term, we intend to recreate this new Silk Route and invest along the high growth East-West Asia corridor.”

Dr Karim El Solh concluded: “We will continue to create value to our investors by building global leaders from the West to East Asia and vice versa and by partnering with successful entrepreneurs and business leaders to help internationalise their companies and boost their profitability. We have a unique investment approach, focused on deep operational improvements and rapid market internationalisation, and we believe our differentiated strategy can create real value to our global investors which include some of the largest and most prestigious sovereign wealth funds, public and corporate pension plans, endowments, foundations, and family offices. In today’s volatile and uncertain global economic environment, we are particularly encouraged by the improving growth prospects and strong momentum of our East-West Asia investment corridor.”